The feeling in the paddock this year was that Ahmed was not going to have it all his own way. The new Throttle Heads racing addition, Lateef,  had shown blistering speed and pace all weekend on three different bikes – two of them in the intermediate class. Coupled with Ahmed’s limited time on track this weekend and his possible lack of grip on his used tyres, it sure had a lot more people interested in the race.

The warm up lap saw the rookie overtake Ahmed with the move returned immediately. Was this a bit of mental jousting between the two? The crowd certainly enjoyed it.

As usual, Ahmed had a flying start off the line and immediately started etching out a lead as is customary from him. On the other hand, Lateef had a terrible start which cost him three places before he got past Derry of 24-racing on the very first lap. Would he lose time trying to get past Derry’s team mate, Myke Wheeler, who was riding the same Honda CBR and possibly get roughed up by another 24-7 racing member in Aishat. We did not have to wait long to find out as he overtook Myke very quickly on the second lap and was visibly closing in on the CC racing veteran, Blow. Meanwhile, Ahmed kept eking out a gap through all the sectors. Unfortunately, in the extremely hot and humid conditions, Dot retired on the third lap with what seemed like a heat stroke It was one of those days that required even the spectators to be at tip top shape physically let alone the riders keeping all that concentration at high speeds and in full leathers. Myke was struggling to go with the pace of the two immediate riders ahead but had a sufficient gap to the riders behind him.

Kominati who had a handful of decent runs in practice and qualifying crashed out on the fourth lap going into turn 7. Rider Ok. Until then, he was riding a lonely fifth place. The imminent battle between Blow and Lateef was brewing with the gap reducing with each passing turn. Lateef looked to dive into turn one but was not close enough. Blow, faster through the last three turns had put in a few bike lengths between them for the move to be successful. Lateef on the other hand, was faster through the exit of turn 5 through turn 7. Blow’s race craft ensured that he was ahead of Lateef who seemed like he had the pace to get away. His defensive lines especially through turn 6 for more than 3 laps was a thing of joy to watch.

Ahmed was not having things his own way, Blow and Lateef had cut his lead in half and were closing in on him with every passing lap. He was struggling to keep the bike stable especially as he powered through the exit of turns. A couple of times, you could see the rear stepping out and unsettling the bike. 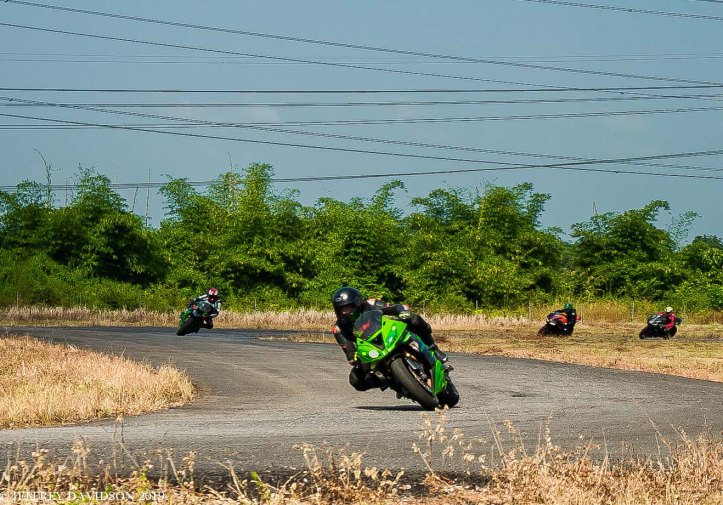 With less than six laps left, there were gasps as Ahmed crashed out of the lead as he was approaching turn 7, same place his team mate crashed out two laps earlier. This means we were going to have a new supersport champion for the first time in the history of the class. With Ahmed down, there was an immediate fight for P1 with Lateef diving into turn 1 but he lost the position immediately as Blow retook the lead coming out of the same turn. Myke wheeler seemed to have also found second wind with a podium finish his to lose. His team mates on the other hand were running very lonely races in fifth and sixth.

The next lap saw Lateef make his move  and this time it stuck. He immediately started putting daylight between himself and Blow. The top two riders were unable to run the blistering pace they had managed for over half race distance and dropped into the 1:15s. Myke started trying to close the gap to blow but it was a little too late.

The rookie announced his arrival on the scene with a maiden win. His team were absolutely ecstatic. As the dust of the finale settles, questions will be asked, answers will be required. 24-7 even though they claimed a podium place, were ordinary this weekend. Were they weakened by the departure of Ahmed? Inferno must have thought they would bring home the trophy but it was not to be. Throttle Heads Racing who silently had so much faith in the talents of the rookie will be the first to say they would have been satisfied with a podium and a win would have been a bonus.

What a race it was. The only thing missing was an on track battle with Ahmed. Three teams with three manufacturers on the podium. Safe to say the supersport category has become more competitive.

A worthy mention to last year’s rookie, Aishat, who was under the weather but still went out and completed the entire race in very demanding conditions.Rider